Is there Historical Proof for Jesus and Biblical Events? 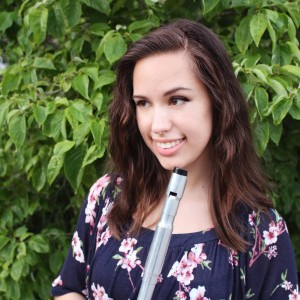 Message: “Hi I’m Bishal and I’ve been watching your videos on YouTube since long time. I do follow Jesus Christ and I believe that he is my savior.

I’ve been now searching many historical proof of the bible . I found that there are many people and scholars who says bible is a fictional book. They say that there are many flaws in the bible especially in the Old Testament in the events like The Noah’s arch, moses and creation of this earth and universe ……etc and many more. Nowadays science has improved . They have many theories with genuine logics and proofs. Almost all geologist, biologists, archeologist, says that noah arc is almost scientifically impossible and there are no any evidences of it.

Also, there are scholars who says that there are many historical flaws in the bible in Old Testament. They are saying that they have plenty of evidences. I am really confused because we say that we have evidences and they also say that they have too. We give one logic and they defend with their another logic. Why it’s so complicated?? Please help me because I’m getting really confused. And also please recommend me books where I can find genuine evidences and logics.

H​i Bishal, thanks for reaching out. That’s wonderful that you follow Jesus as your Messiah, praise the Lord!  In regards to your questions about the historical proof for the Bible, the best place to begin is with Jesus.
​
Hardly any atheist intellectual can deny the fact that Jesus was an actual historical figure that lived during the 1st Century, as there is so much extra-Scriptural proof written by non-Christians including Romans, Greeks, and Jews that confirm his existence. Examples include the 1st Century Jewish historian Josephus, 1st Century Roman historian Tacitus, the Rabbinical Babylonian Talmud written compiled A.D. 70-200, the Letter Of Mara Bar-Serapion (approx. A.D. 73), 2nd Century Greek Lucian of Samosata,  to name a few.
From 1st-2nd Century Roman historian Cornelius Tacticus:

“Hence to suppress the rumor, he falsely charged with guilt, and punished with the most exquisite tortures, the persons commonly called Christians, who were hated for their enormities. Christus [Roman name for Christ], the founder of the name was put to death by Pontius Pilate, procurator of Judea in the reign of Tiberius: not only through Judea, where the mischief originated, but through the city of Rome also .”(Annals, XV, 44).

For more quotes and evidence from ancient 1st and 2nd Century non-Christians about the personage and existence of Jesus of Nazareth, please see these articles from scholar Michael Gleghorn with Be Thinking.org and Don Stewart with Blue Letter Bible.
​As it can’t be denied that Jesus truly lived and was crucified in the 1st Century as the Bible states, the next step is to then go read what Jesus taught and preached as recorded in the Bible.  As renowned author C.S. Lewis once stated, the things Jesus said and the claims He made concerning Himself in the Gospels leaves only three options: He can only be either a “Lunatic”, a “Liar”, or “Lord”.

If He is a lunatic or a liar, then everything He said is either false or without reason. Yet even the most hardened atheist agrees that Jesus was a good and wise person.  If He is then Lord, we should consider what He had to say.
You asked about the historical proof for events in the Old Testament, and I believe Jesus Himself is the Historical proof.  Jesus spoke about events and people from the Old Testament frequently, speaking of them as real people who lived and real events that happened. I’ve included a few examples below, though I would encourage you to search for more, as most of what Jesus taught in the Gospels is taken straight from the Old Testament: Each author is a witness to a single truth given by One God, Yahweh, and this single truth is woven throughout every event, book, and narrative in Scripture. Only a supernatural revelation from a God who is above the ever-changing and finite minds of men could have created a single, cohesive, and prophetic book, written by so many different authors who many of whom never met, over such a large span of time and from so many differing cultures.  Even in the court of law, validity and truth is proven by multiple witnesses.
In addition to this, archeology has continued to prove the validity of the events, places, and people given in both Old and New Testaments of our Bibles. One excellent resource to consider reading is the book Archaeology and the Old Testament by Alfred J. Hoerth, which explores many archeological discoveries that confirm the Biblical text. Another online resource that provides archeological and apologetic evidence for the truth of Scripture is the ministry Answers in Genesis in their article Does Archeology Support the Bible?
And last but not least, we have a video regarding the historical proofs of the Resurrection of Christ. If He indeed resurrected, there should be no doubt that He indeed is everything He claimed and claimed about the Scriptures: https://www.youtube.com/watch?v=WTfS9MPfJKs
I hope this helps and inspires you to continue searching this out! ​Keep running after Jesus, the Way, the Truth, and the Life.
Many Blessings,
Christina 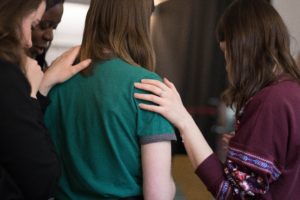