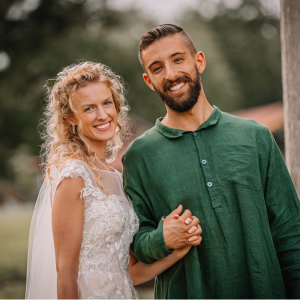 Scripture tells us that all spiritual gifts are applicable to the Body of Messiah today (Luke 10:1-9; 11:9-13; 1 Corinthians 12-14; 1 Thessalonians 5:19-21; etc.) and evidence as early as the second century supports this fact (Justin Martyr, Dialogue with Trypho 82; Irenaeus, Against Heresies II 32.4-5; Tertullian, Against Marcion V 8; etc.). Sadly, there exists a doctrine in some parts of the Assembly called “cessationism,” which can be defined as:

The belief that some or all of the spiritual gifts—especially prophecy, words of knowledge, healings, and tongues—have ceased and are no longer applicable to believers today.

As with those from any belief system, cessationists differ with one another on various points. However, there is a general consensus that believers can no longer walk in the spiritual gifts of prophecy, words of knowledge, healing, and tongues today. Although some cessationists are now shying away from using 1 Corinthians 13 to promote this doctrine (because they know it does not support such an interpretation), it remains a popular proof-text within this school of thought. Cessationists highlight verse 8, which says that some gifts will eventually become inactive:

Paul the apostle says that knowledge and prophecy are given to us “in part;” that is, they give us partial revelation of who God is:

Verse 10 says that these gifts will pass away “when that which is complete has come”:

Cessationists often try to link the phrase “that which is complete” with the completion of the Scriptures, from Genesis to Revelation. They reason that we have not needed the gifts of knowledge and prophecy (in particular) ever since the last book of the Apostolic Writings (Revelation, perhaps) was written. There is now no need for these gifts, they say because we have the whole testimony of God’s word.

There are many problems with this reasoning, but the greatest one is simply this:

There is not a shred of scriptural evidence to support the idea that “that which is perfect” refers to the completion of the Scriptures.

In verses 12-13, Paul compares how we currently “see” (referring to spiritual insight) to looking through a mirror dimly:

The comparison of looking through a mirror dimly shows that Paul is speaking of the quality of our revelation. His emphasis is not on a lack of information itself, but on our current state of being, which is still deficient in some areas. Our understanding of God, in an intimate sense, is not complete. We do not yet experience God in His full glory! Paul says that even he does not yet see “face to face” (verse 12).

“Face to face” is an important Hebraic expression that carries a sense of intimacy and revelation. There is only one man besides Messiah Yeshua (Jesus) whom Scripture describes as experiencing God “face to face”: Moses!

Deuteronomy 34:10
10  Since then, there has not arisen a prophet in Israel like Moses, whom יהוה knew face to face

It is clear that Paul is alluding to the quality of Moses’s revelation by using the expression “face to face.” Moses is unique among all the prophets (again, except for Yeshua) because God speaks to him conversationally on a regular basis. This is one reason why the Torah is the foundation and measuring rod of all Scripture. It contains the words of God given to a man (Moses) who has the clearest revelation and state of intimacy one can possibly experience on earth:

Numbers 12:6-8
6  “Now hear my words: If there is a prophet among you, I, יהוה, will make myself known to him in a vision. I will speak to him in a dream.
7  My servant Moses is not so; he is faithful in all my house.
8  With him I speak mouth to mouth, even plainly, and not in riddles; and he shall see the form of יהוה. Why then were you not afraid to speak against my servant Moses?”

We, on the other hand, do not experience God “face to face” like Moses and Yeshua; to suggest otherwise defies reality. We should not dare claim that we possess this level of revelation, since even Paul himself has not matched Moses in this area. Whereas Paul sees through a glass “dimly” (αἰνίγματι, from G135 αἴνιγμα ainigma), God specifically says he does not speak to Moses “dimly,” but mouth to mouth!

The same word used in 1 Corinthians 13:12 appears in the Greek version of Numbers 12:8, meaning that there is another direct link between these passages, this time in the Greek language. The Greek translation of the Torah, Prophets, and Writings, often called the “Septuagint,” reads as follows:

Numbers 12:8 Brenton LXX
8  I will speak to him mouth to mouth apparently, and not in dark speeches [from G135 αἴνιγμα ainigma]; and he has seen the glory of the Lord

Again: even Paul the apostle says that he has not reached the level of intimacy and revelation that would render these gifts unnecessary. The spiritual gifts have not ceased and will not cease until we see God face to face in His glory, and not merely through a dark mirror. That day is not here yet, but it is coming! John the apostle tells us:

1 John 3:2-3
2  Beloved, now we are children of God. It is not yet revealed what we will be; but we know that when he is revealed, we will be like him; for we will see him just as he is.
3  And everyone who has this hope set on him purifies himself, just as he is pure.

How powerful: we have an expectation to see him just as he is! This is the day we should all long for: the return of our bridegroom, Yeshua!

Matthew 25:10
10  “And while they went away to buy, the bridegroom came, and those who were ready went in with him to the wedding feast, and the door was shut.

Matthew 25:34
34  “Then the King will tell those on His right hand, ‘Come, blessed of My Father, inherit the kingdom prepared for you from the foundation of the world

We as the Body of Messiah have nearly reached the most important season of the year. The appointed times of the Day of Soundings (“Trumpets”) Day of Atonement, and Festival of Booths (“Tabernacles”) are almost upon us. The sixth month on the scriptural calendar is traditionally known as the time when “the king is in the field,” meaning that God is approachable. The seventh month begins with the Day of Trumpets, when He sits on his throne. Ten days later on the Day of Atonement, He issues judgment. During the Festival of Booths, He dwells with us. Now is the time to draw near to our bridegroom like never before through confession, repentance, worship, prayer, meditation, and His word:

Now is the time to earnestly seek the spiritual gifts He so deeply desires to bestow upon us:

It is important for us as believers to keep the appointed times for many reasons, one being that they prepare us for the “things to come” (Colossians ‪2:16-17), such as Yeshua’s return, the resurrection of the dead, and the marriage supper of the lamb. This is the time when the spiritual gifts of knowledge and prophecy will cease, because at that point, we will be in resurrected bodies and behold God in His full glory. We will not need words of knowledge, because we will constantly be in His presence. We will not need physical healing, for in His presence all will be healed. This is the day when we will experience God face to face: paniym al paniym!

But while we are still here, we have an opportunity that we won’t when “face to face”: to proclaim Him to a fallen world that doesn’t know Him – to minister freedom by the power of the Holy Spirit and His spiritual gifts to set the captives free, just like Yeshua did. 3 thoughts on “Where there is Cessationism, it will Cease: 1 Corinthians 13 proves that the spiritual gifts are for today!”